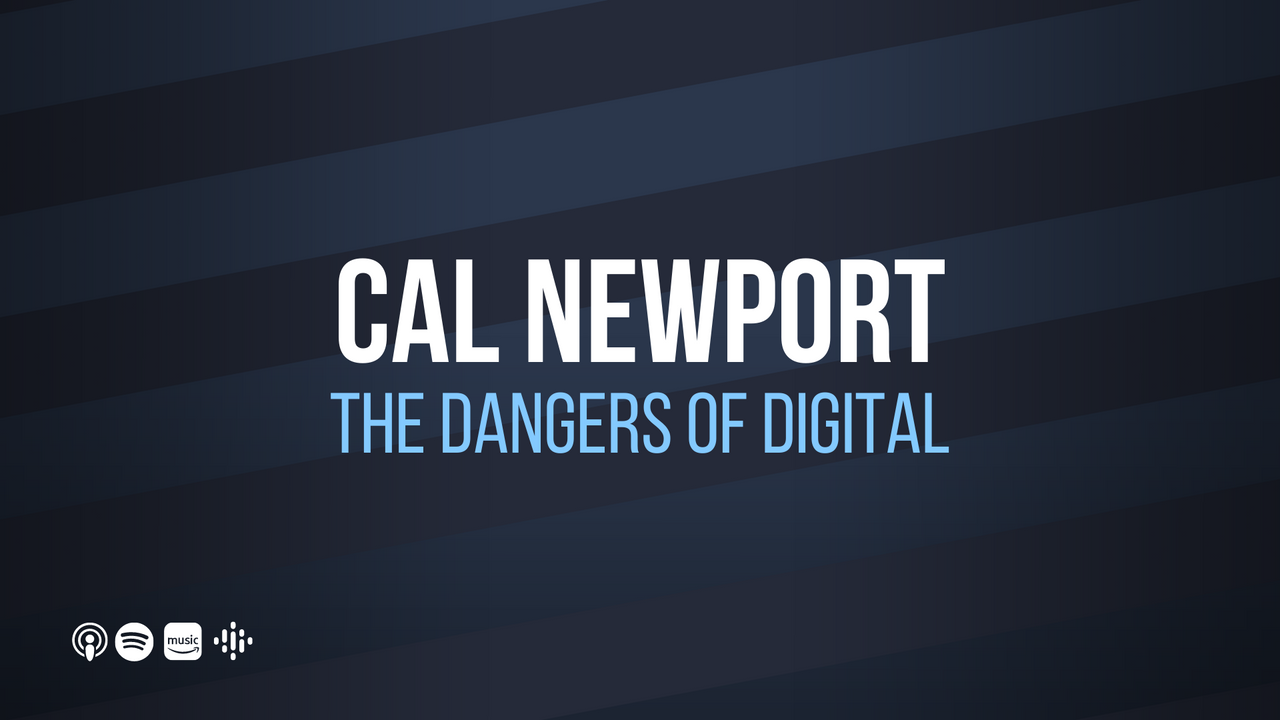 Cal Newport: The Dangers of Digital

How smartphones and social media may be making us more anxious and distracted - and what to do about it.Cal Newport is the author of two seminal books: 'Deep Work' and 'Digital Minimalism'. He argues that our ability to perform undistracted work on something cognitively demanding is a vital skill to train. However, the ability to perform 'deep work' is increasingly rare - not least because of the impact of smartphones and social media.Cal says that IGen - people born between 1995 and 2012 - have been particularly impacted, because they came of age at a time when smartphone and social media use was ubiquitous.The rates of mental health issues in that generation are reported to have been rapidly and markedly impacted.Part of the problem - Cal argues - is that for the first time in human history, people don't ever have to be alone with their thoughts and feelings. With a smartphone, you always have a distraction tool within reach, and that's a problem. Without having to experience solitude in the same way as every preceding generation, people are struggling to experience uncomfortable thoughts and feelings - and grow as human beings.Bringing this to sport - could this be the reason why the so called 'Next Generation' in men's tennis have failed to break through in the Grand Slams? It's a hypothesis Cal agrees with.In this episode Cal shows a way to regain control of our wellbeing and our focus, not least by embracing the sort of analogue activities that lead to a life well lived.