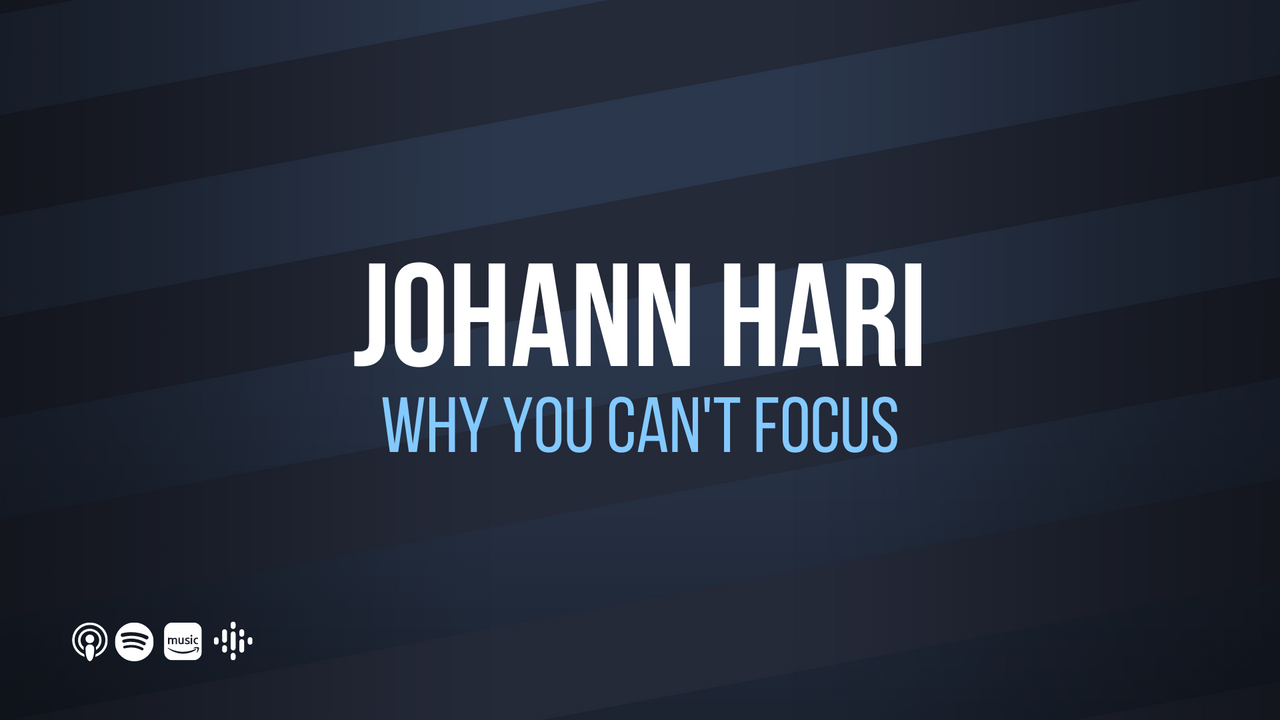 Johann Hari: Why you can't focus

So many of us are struggling to focus and pay attention to what we need to. It can feel like a moral failing – as if there is something wrong with us individually. But Johann Hari argues that is not the case. The problem runs much deeper.

Teenagers now focus on one task for only 65 seconds he says, while office workers aren’t much better – managing only three minutes.

It won’t surprise you to hear that digital has a significant role to play – after all, how many people don’t have a somewhat dysfunctional relationship with their phones?

But there are other factors too – including 'surveillance capitalism' and even the way childhood freedom has been curtailed.

HEADS UP: This episode contains swearing and some adult themes.